Andre Villas-Boas’ seven-month reign at Chelsea came to an end on Sunday afternoon, but is he really to blame for their current troubles? 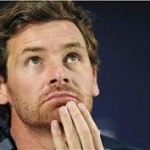 Not the type to shy away from controversial decisions, Blues owner Roman Abramovich made two at the end of a trophyless 2010-11 season: firstly, he decided to axe Carlo Ancelotti just twelve months after the Italian delivered a first ever double to Stamford Bridge, and secondly, he decided to replace the 51-year-old with a man 18 years his junior.

However, this was no ordinary kid, as Villas-Boas pitched up in England with the reputation as the brightest young coach in Europe. Whereas Ancelotti was punished for failing to add to his two honours of the previous year, the Portuguese was still taking the plaudits for leading FC Porto to no fewer than four trophies, including the UEFA Europa League, in what would be his only season at the Estadio do Dragao.

The challenge facing the 33-year-old at Stamford Bridge, though, was altogether different than that he was tasked with in his homeland. Although his club were clearly facing the biggest transitional period of his tenure, Abramovich, still stinging from the surrender of the title to Manchester United, would have demanded at least a lasting bid to regain the crown, whilst his obsession with the UEFA Champions League is always likely to be on the agenda until it is finally nestling in the trophy cabinet.

For Villas-Boas to land one, let alone both, of these honours would have been nothing short of remarkable in his debut season, but in truth, he looked increasingly unlikely to make a fist of either. The 1-0 loss at West Bromwich Albion on Sunday, which sealed his fate, meant the Blues ended the weekend three points adrift of the top four and a staggering 20 points behind leaders Manchester City, whilst next week they welcome Napoli to the capital in a bid to overturn a 3-1 first leg deficit in the last sixteen of the Champions League.

So, where did it all go wrong?

The general consensus is that Villas-Boas’ failure to get the senior players onside was his first mistake. He knew many of these from his first spell at the club, as an aide to Jose Mourinho, yet this appears to have mattered little. Alex and Nicolas Anelka spent much of the winter training with the reserves before being sold in January, whilst Ashley Cole reportedly questioned the coach’s ability to succeed in England following the defeat in Naples last month, and Frank Lampard – who could have earned a point at the Hawthorns had he not missed the target from six yards late on – made no secret that his relationship with Ancelotti’s successor was far from ideal.

Whilst some pundits suggest AVB erred by trying to make too many changes too soon, some claim that, at the same time, some changes were in fact too slow in coming or were never implemented at all. Josh McEachran, for example, is one of the best young talents to have emerged from the club in recent years, yet he featured just twice for the new coach before being shipped off to Swansea City in a January loan deal; whilst Fabio Borini has been such a success during his temporary spell at Roma he has earned a call up to the Italian national side. Other youngsters came in during the summer for big money, such as Oriol Romeu and Romelu Lukaku, yet neither has been given the chance to cement a regular place.

A happy balance would perhaps have been the solution: maybe Villas-Boas should have known that whilst Lampard can’t last forever, he is far from finished and remains one of the most important players in the side. Treating him in the same manner in which, say, Andrea Pirlo has been at Milan, would likely have been beneficial for all concerned. Maybe Romeu, rather than the more attack minded Raul Meireles, could have been used more in the holding midfield role, and perhaps McEachran should also have been more involved and Lukaku given his chance whilst Didier Drogba was unavailable.

Away from the pitch, Villas-Boas defence of John Terry in regards to the race storm involving Queens Park Rangers’ Anton Ferdinand was uncomfortable viewing to say the least, albeit not quite in the league of Kenny Dalglish and the Liverpool players t-shirt support for Luis Suarez. And his recent interview with TSF in Portugal, which included comparing the misfiring Fernando Torres with another expensive flop, Andrei Shevchenko, was hardly a wise move.

But whilst it is true Villas-Boas made mistakes, these are easily outweighed by the errors Abramovich has been making in recent years – starting, of course, with his failure to do whatever it took to keep Jose Mourinho, the most successful manager in their history, at the club.  Had the Russian given the self-proclaimed Special One the type of freedom over first team matters which Sir Alex Ferguson enjoys at Old Trafford, then who knows what other honours he would have added to his two Premier League titles, one FA Cup and two League Cups? Instead, he was shown the door in the early stages of the 2007/08 season, and succeeded by Avram Grant, Luiz Felipe Scolari, and then Guus Hiddink, before Ancelotti finally restored glory to the West London club.

Again, though, Abramovich’s meddling undermined the former Milan coach. The decision not to renew the contract of the Italian’s trusty number two, Ray Wilkins, was baffling to the coach and the players, and it remains an issue of debate as to whether it was Ancelotti or the club owner who was hell-bent on seeing Torres in the blue shirt, to such an extent a British record £50million was paid to prise him from Liverpool. When the Spaniard failed to deliver the goods and United were celebrating a 19th league title, it was the coach who paid the price when he was replaced by Villas-Boas.

From the decision to sack Mourinho (who, incidentally is now the favourite to be offered his old job back at the end of the season) to the axing of the latest Stamford Bridge coach, Abramovich has now spent over £60million on managers alone. However he chooses to spend his billions is up to him, but it is changes to the playing squad, and not a constant change of manager, which has been most needed of late.

Given the time and freedom to make the changes he had planned during his three-year ‘project’, maybe Villas-Boas would have buried the ghost of Mourinho once and for all. Or maybe he was destined to be another expensive mistake by Abramovich. We’ll never know. But to blame all Chelsea’s ills of this season on his young shoulders is unfair, especially when there is a more obvious culprit making the biggest mistakes of all.