Neil Warnock believes Armand Traore can bounce back from his Old Trafford horror-show and establish himself as a key player for Queens Park Rangers. 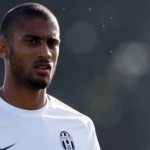 The Senegal international has been in England since linking up with Arsenal in 2005, since when he has had loan spells at Portsmouth (2008-09) and Italian giants Juventus (2010-11). Traore returned to Arsene Wenger’s setup this summer with the intention of winning a place in the Gunners first team, but his only appearance of the season turned out to be his last for the club, when he had a nightmare during the 8-2 loss at Manchester United.

Less than 48 hours later the 21-year-old sealed a permanent exit from the Emirates Stadium when he signed a three-year contract with Rangers, after the two clubs agreed an undisclosed fee for his transfer ahead of the deadline. And having made his debut in the goalless draw with Newcastle United on Monday night, Warnock believes he can get the best out of the Paris-born fullback.

“I don’t see many better left-backs than Armand Traore if he learns one or two defensive situations,” the Loftus Road boss, who sees his side in eleventh position after collecting four points from as many games, told Sky Sports.₁

Traore, who has been handed the number thirteen shirt at his new club, will be hoping to repair his reputation with an extended run in the starting eleven; previously, the most league appearances he has made came during his spell at Fratton Park, when he made eighteen outings, some of which came in an unorthodox left midfield position.