Danny Welbeck will play no part when England visit Ukraine on Tuesday night.

The Manchester United striker was in fine form on Friday evening, with his brace contributing to a routine 4-0 win over Moldova at Wembley. However, the 22-year-old was shown a first half yellow card for kicking the ball away a split second after the whistle had been blown for offside. Together with the booking he received in Montenegro, when he was harshly adjudged to have taken a dive in the penalty box, he is now suspended for the crucial clash in Kiev.

Steven Gerrard, scoring his first international goal in over three years, opened the scoring against the Moldovans, and Rickie Lambert was also on the mark again. The Southampton forward is now the first player to score in his first two England appearances for 37 years, but it was the booking of Welbeck which was foremost on Roy Hodgson’s mind after the match.

“I don’t think there’ll be too many people, even in the refereeing fraternity, who will say that was a clear yellow card,” said the England boss. “A 40 yard sprint, a ball that arrives on your foot, a split second between the whistle blowing and the shot, you’ll have to try very hard to persuade me that was a booking. He’s out of the game. The other one he got in Montenegro, we should have had a penalty and he was booked for diving. He’s been unbelievably unfortunate.”

What compounds the situation is, of course, the fact Welbeck’s Old Trafford team-mate Wayne Rooney is also an absentee for the Ukraine match due to his head wound. And with Liverpool’s Daniel Sturridge also struggling with a thigh injury, Hodgson has a lack of attacking options for the game which could go a long way to determining who will make the World Cup Finals.

At the moment, England lead Group H on 15 points courtesy of goal difference, after Macedonia, who have played a game more, were held to a 1-1 draw in Poland. Ukraine are just a point behind, so maximum points on Tuesday would be a huge boost for Hodgson and his players. 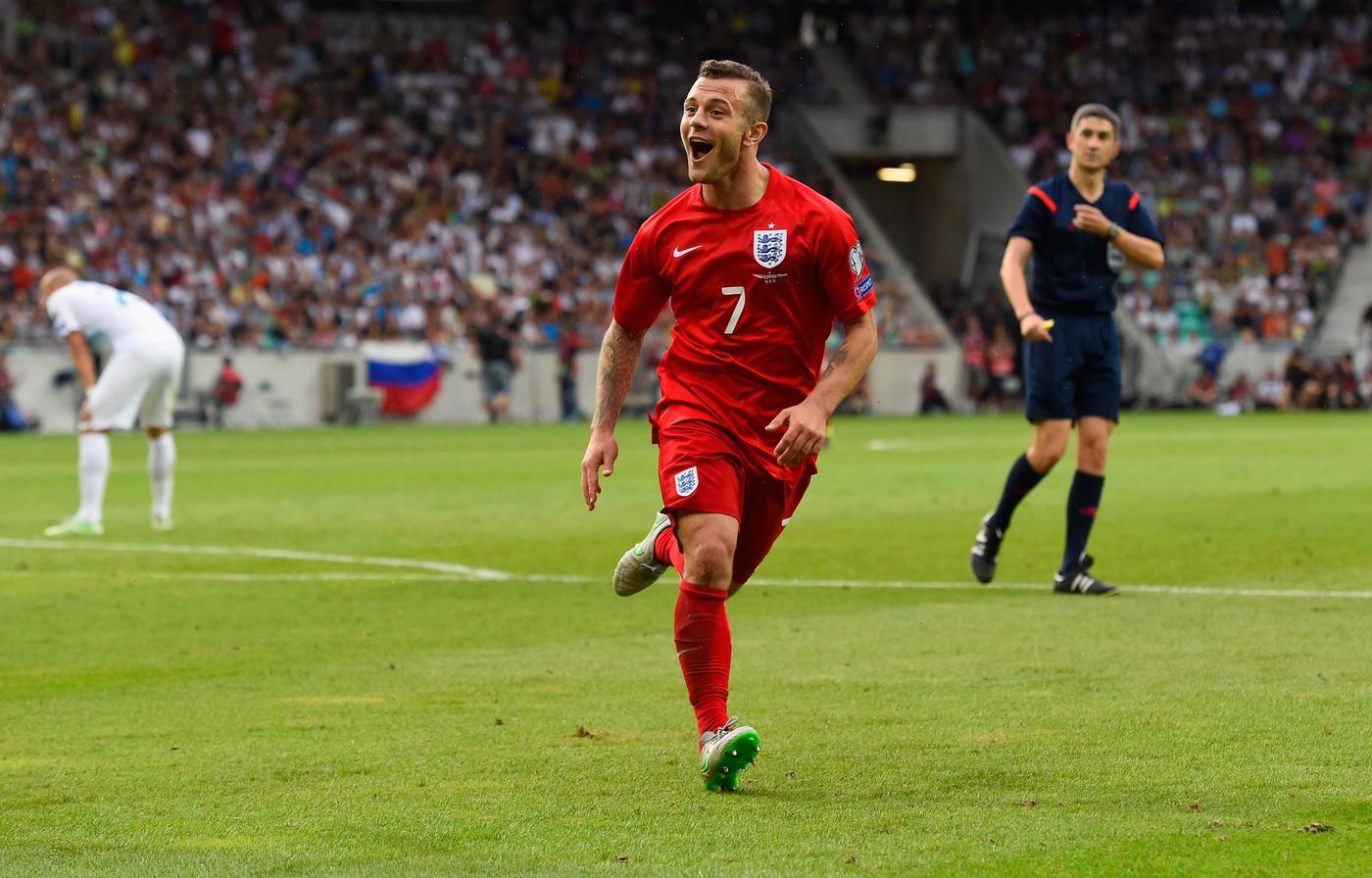