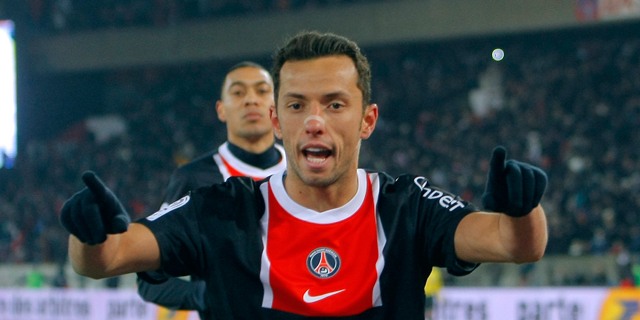 All the good work of the season to date is suddenly threatening to fall aside for the Upton Park club, following a run of just one win in their last eight Premier League matches which has seen the notion of a top-four finish all but die away. Further to this, their dream of a first FA Cup success since 1980 is over due to their hugely disappointing 4-0 loss at West Bromwich Albion last weekend.

Their plight has worsened following a knee injury sustained to £15million club record signing Andy Carroll, whose frustrating time at the club continues with news that he will play no further part in their season. This means Sam Allardyce has leading scorer Diafra Sakho, Ecuadorian World Cup star Enner Valencia and 31-year-old Carlton Cole as options to spearhead his attack.

This number looks set to be increased imminently with the addition of Anderson Luis de Carvalho, better known as Nene, who is currently discussing a free transfer move to the capital club. The 33-year-old, who can play as a winger or in a more central role, scored 36 goals in 79 games for PSG before leaving in January 2013 for Al Gharafa, for whom he hit 21 in 44 matches. Having left the Qatar club last month, he is a free agent and therefore eligible to move outside of the transfer window.

Meanwhile, Lassana Diarra still hopes to pull on the claret and blue of West Ham in the near future. The former Chelsea and Arsenal star was reportedly fired by Lokomotiv Moscow earlier this season and had been training with the Hammers ahead of a potential move, but the Russian club will not allow him to register with another club meaning he is currently kicking his heels in frustration.

Speaking about his failed return to the Premier League, the 29-year-old midfielder said: “As long as the conflict is not sorted, FIFA forbid me to play so it’s so frustrating. What happened was that I got fired from a club and now I cannot play football. It’s a crazy thing because I’m free. Hopefully it can all be resolved and the deal with West Ham United can be completed.”